The spirit of this seminar is exploratory; the goal is to be surprised. Rather than reproducing theoretical fashions, it deviates from standard interpretations of the texts and goes its own way. Sayyid Qutb comes close to Immanuel Kant. Readings span time from the first century CE to the 21st. Movies are subjected to materialist exegesis. Image trumps text. The term transcendence leads necessarily into a field plowed over (and over) by theology. The dead god of Nietzsche awaits resurrection. Apocalypse is revelation, not the end of days. Themes are (neo-) Platonic, Stoic, and Gnostic — not to suggest that philosophical truths are eternally accessible, but rather, that they are fragile. Their (re)appearance is transitory, camouflaged and easily overlooked. The written word cannot preserve them from decay.

Course Material will juxtapose philosophical texts and visual images in a series of 5 constellations, arranged roughly as follows:

Privileging the Image over the Word. Or, Why films are in this seminar.

Seeing is the sensory path to the transcendent. Theoria (in Latin, contemplatio) means “looking at”, “gazing at”, being aware of.” An important idea in theology, it receives renewed philosophical interest in the age of the technical reproducibility of the image by means of photography and film. Bergson, Husserl, and the early Wittgenstein are turn-of-the-century philosophers who privilege images over the word as objects of contemplation. Montage poses a challenge to rational argumentation. The fragments are meaningful without a narrative frame. Not lyric poetry (as in the Romantic era), but chance encounter is the source of unintended illumination. 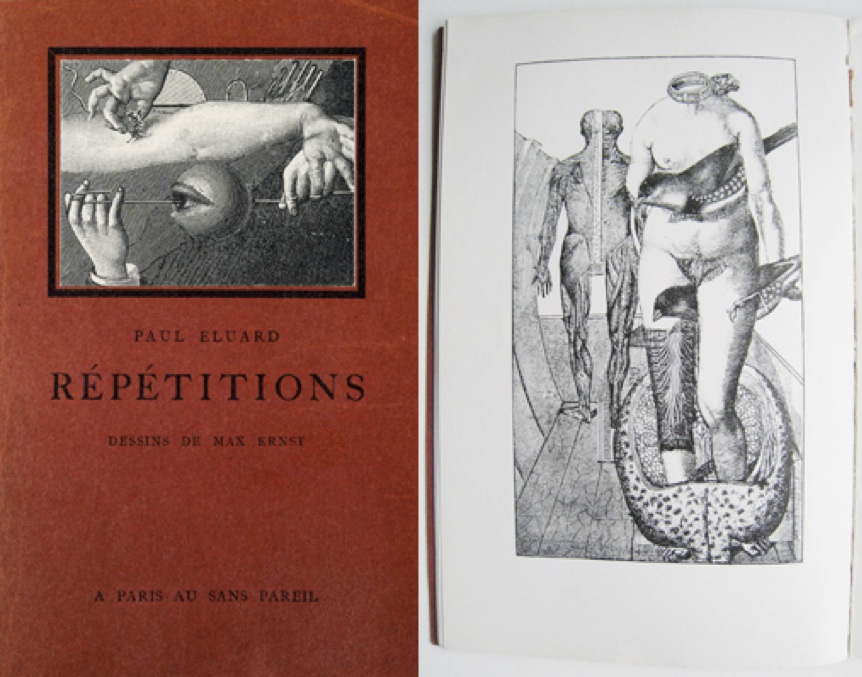 For Surrealists, the Freudian unconscious usurps the role of Kant’s thing-in-itself. Freud’s logic of the instinctual drives opposes the legacy of Enlightenment reason in its capitalist/bureaucratic forms, but by opening up the unconscious to rational understanding, his theory does not resist that which Max Weber describes as the disenchantment of the modern world.

The Challenge. Or, Why recent theories of Immanence are insufficient.

In The Future of an Illusion (1927), Freud argued that religion acted on the animal instincts of individuals as a restrainer (the New Testament Greek word is katechon); in Civilization and Its Discontents (1929), he called instinctual repression the very basis of human society, and neurosis the natural condition of civilized life. If Freud’s theory implied the debunking of the rational subject, Marx’s theory of commodity fetishism (re-interpreted by Lukács in History and Class Consciousness [1923]) demystified the objects, exposing socio-historical truth behind their reified appearance in the modern world.

Could metaphysics be so easily dismissed? Was the whole idea of the transcendent reducible to scientific explanation? Was Kant unnecessarily cautious when he limited scientific understanding to the phenomenal world, while insisting on the existence of un-knowable “things-in-themselves,” hence limiting reason “in order to make room for faith?”

Walter Benjamin, coming from the same intellectual milieu, wrote against the grain of this narrative of intellectual history. He described himself as a “historical materialist,” yet Bertolt Brecht’s diary calls his ideas “mysticism” in the posture of “the materialist concept of history,” commenting: “it is rather ghastly” (es ist ziemlich grauenhaft). Theodor Adorno, responding to material on Baudelaire from Benjamin’s Arcades complex, wrote to him that he had landed “on the “crossroads of magic and positivism,” adding: “This crossroads is bewitched [verhext].” (And these were his friends!)

This seminar takes seriously Benjamin’s idea of mysticism as a historical, materialist form of philosophizing. It does not rest in the negative, as is the case with Adorno’s critical theory; nor does it return to the idealism of the nineteenth-century Romantics for whom images were subjective, internal products of the imagination. It proposes that a materialist metaphysics is not a contradiction in terms. The inquiry does not embrace the usual suspects (Derrida on Benjamin’s Messianism, Scholem on his Jewish mysticism). It understands materialist metaphysics as secular theology, and the (cinematic) image as a source of profane illumination.

Moreover, the purpose is political. This is not a course on Walter Benjamin. Rather, it is motivated by a dissatisfaction with Heidegger-inspired phenomenology that has written its way into a cul de sac, believing it is safe from complicity with fascist politics so long as it avoids closure, remains open to the Other and, rejecting theology, adheres to the immanence of existential being-in-the-world.

At the same time, a materialist metaphysics resists the current drift in liberal arts and the humanities toward disciplinary specialization and narrow professionalism, by questioning the whole idea of humanist education as secular and thereby universal – not to replace it with an affirmation of religion, but to ask ourselves whether the very binary, secular/religious, that has its roots in the nineteenth-century discourse of comparative religions, is itself legitimate, given the imperialist context of its founding, and given the global, political realities of today. What if the current politics of religious fundamentalism is itself modern, not some obsolete residue from the past? Much of religion today can be characterized as anything but transcendent (see the documentary, Sarah Palin: You Betcha!).

First Constellation: “History breaks down into images, not into stories” (Walter Benjamin)

All watch the movie Apocalypse Now Redux (Netflix streaming, 202 minutes). Pay attention to the image juxtapositions, not the narrative. Juxtaposed to the first part (through the surfing scene, we will discuss the following readings: